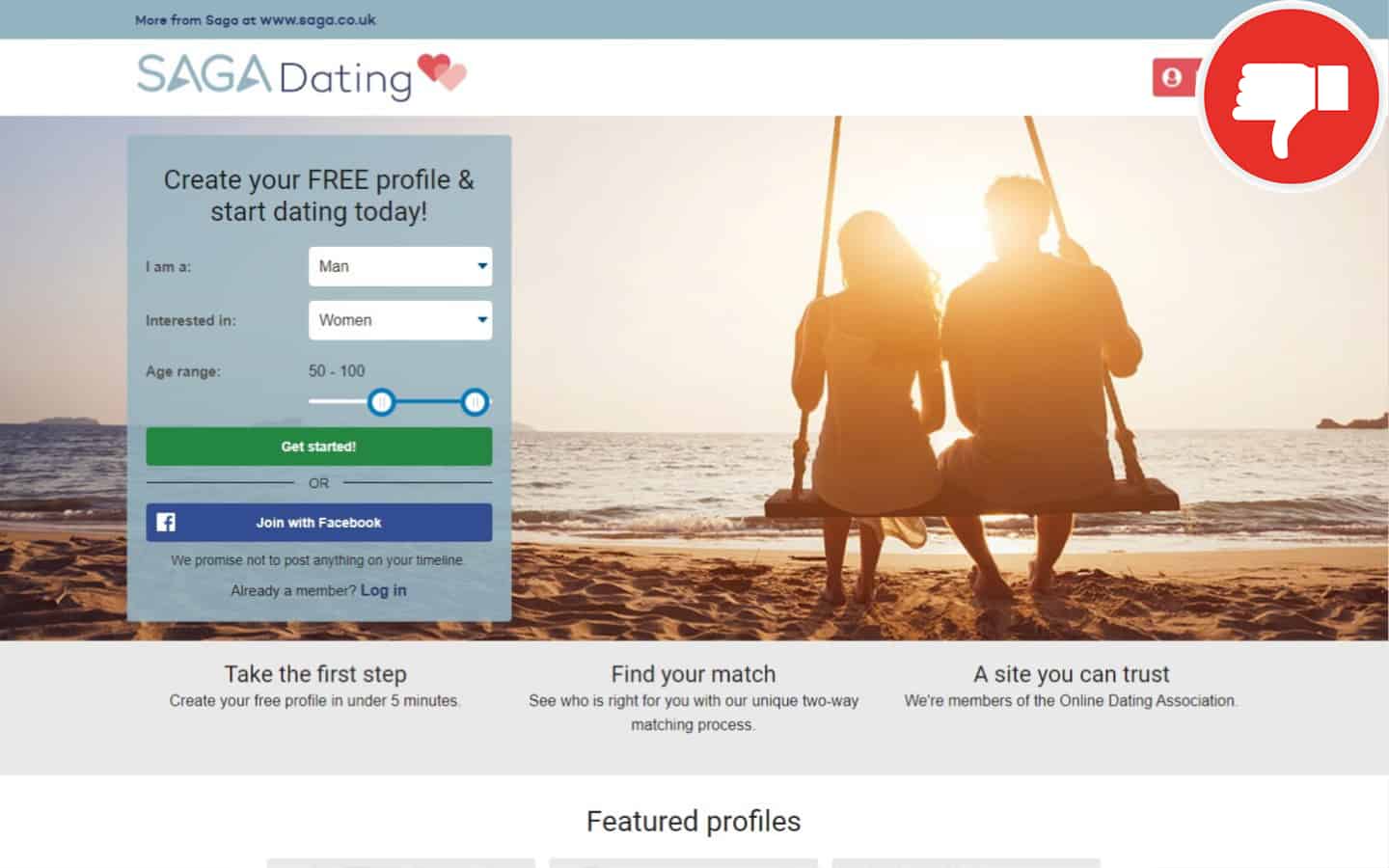 The online dating platform SagaDating.co.uk advertises with a good offer. Registration is free and this portal seems to have a high number of members. But we did some research, and found some negative reviews, mostly about the operator and less about the website. The platform is operated by the company named The Dating Lab Limited in association with Saga Publishing Ltd.

Scroll down to read the details of our SagaDating.co.uk review.

Details on the SagaDating.co.uk review

The landing page of SagaDating.co.uk looks good. Also, the offer on this dating website is convincing. In general, this portal seems to be legit, but we found some negative reviews about the operator.

SagaDating.co.uk is operated by the company named The Dating Lab Limited. This website is also associated with the Saga Publishing Ltd. which is directly connected to the name of the dating portal. The operator is located on the Channel Islands. Some of the reviews that we found speak negatively about the company and mention that the subscription is a rip off.

Every subscription will be renewed automatically

But former customers mention that the cancellation of the subscription is not easy. According to those details the operator denies and ignores some cancellations which were made in good time.

In conclusion, we can assume the following: The dating website SagaDating.co.uk seems to be a choice of a dating portal which is okay, but definitely not more than that. We have to point out that the operator gets a lot of critics on the internet about a subscription trap. Additionally, there are some reviews on the internet that the website is not worth the money. Such negative reviews are on the internet but may be individual experiences. In summary, there are much better choices for dating in the UK.

The conclusion from our SagaDating.co.uk review

SagaDating.co.uk looks good but there some negative things to mention. The website is operated by a company that receives a lot of critics about a subscription scam. We can only mention that the subscription will extend automatically which does not necessarily have to be a scam. There were definitely some unsatisfied users. So, we recommend one of our top dating sites, if you want to be safe.

Let us know your SagaDating.co.uk experience in the comments as well.