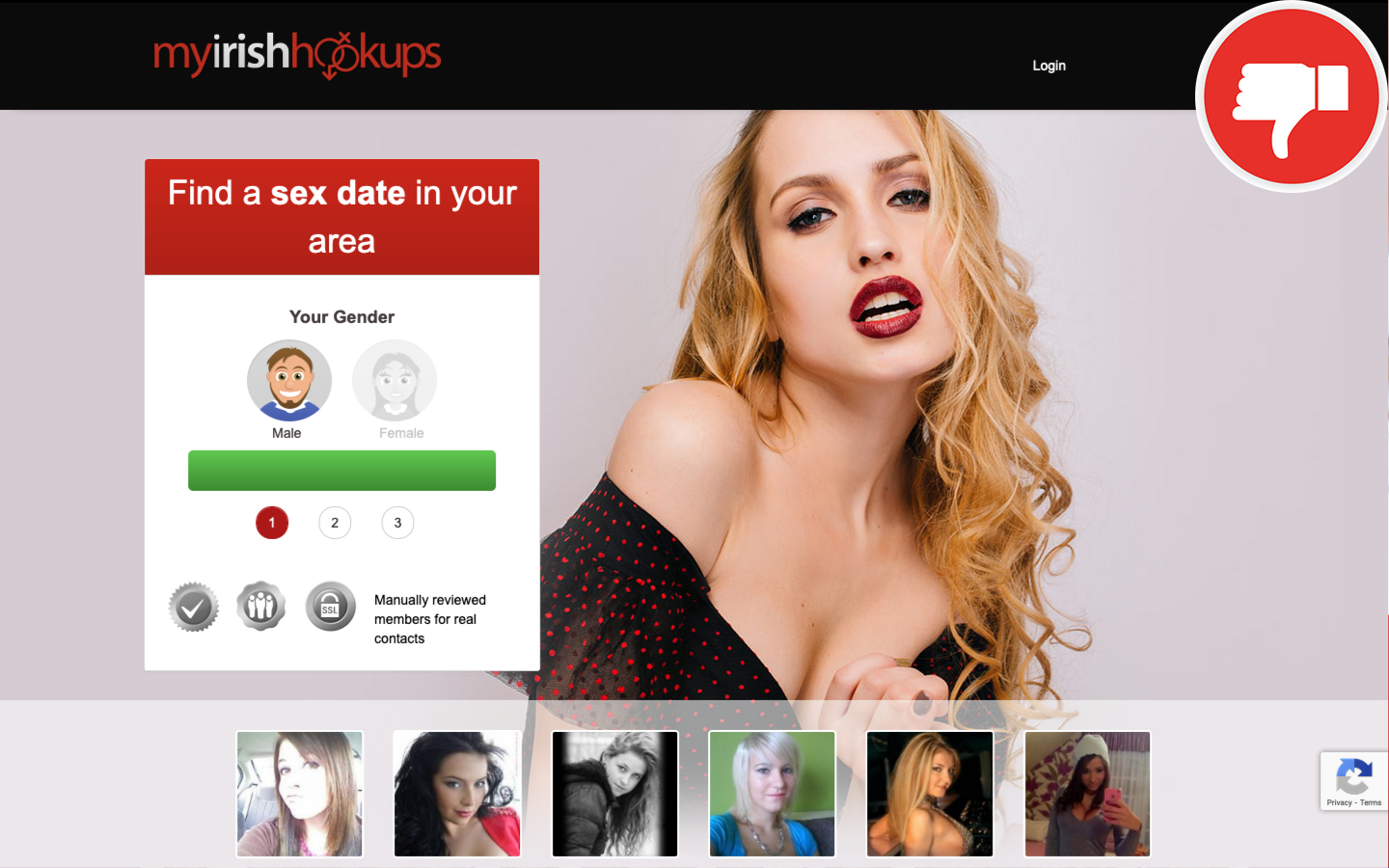 The dating site MyIrishHookups.com advertises free registration and attractive female members. On top of that, all members are reviewed manually. But we do not trust the other members on this dating site. They are moderators who support the operator, Paidwings AG from Cham, in Switzerland.

The Swiss company operates a huge network of dating sites that look legit at first sight. Users of MyIrishHookups.com can only interact with other members if they pay for a premium membership. We are also convinced that Paidwings AG employs fake chat operators, to make becoming a premium member more interesting. It is their task to start many conversations with the real users, who must upgrade their membership to read the messages.

Scroll down to read the details of our MyIrishHookups.com review.

Details on the MyIrishHookups.com review

MyIrishHookups.com is a dating site for users in Ireland. Instead of listing the reasons to sign up, the landing page presents several profiles of attractive female members. Then a pop-up window informs us about the benefits of using this dating site. Apparently, on MyIrishHookups.com you can meet real women. The operator even guarantees sex dates. This sounds very promising, but it could not be further from the truth.

As soon as we find out about the operator of this site, we already suspect a rip-off. Paidwings AG operates numerous scam sites. The company from Cham in Switzerland, always offers a premium subscription which turns out to be a subscription trap. According to many negative user reviews, the dating sites of the Swiss operator are full of fake profiles. However, there is no evidence that proves the usage of fictive profiles in the terms and conditions.

We understand the accusations of the users on the internet. It does not matter what kind of profile you create on MyIrishHookups.com, you will be the center of attention. Apparently, fake chat operators send several messages to every user. As a non-paying member you cannot read your messages. You cannot even see the profile photos of other members completely either. The idea is to make the users curious. The more messages they receive, the more tempted they are to sign up for the premium membership that makes chatting possible.

The premium membership does not seem to end

The premium membership is criticized by many, and it is not difficult to understand why. If you do not cancel the membership at least two weeks before the end of the term, it extends automatically. This is something the operator does not want you to know. Furthermore, the operator often ignores cancellations to keep the users paying for longer. MyIrishHookups.com is not only a fake chat scam, but also a subscription rip-off.

The conclusion from our MyIrishHookups.com review

Do not sign up for the premium membership on MyIrishHookups.com. You will end up in an expensive subscription trap. The negative user reviews on the internet show that Paidwings AG does not give you a positive dating experience. Fake chat operators control fictive profiles and send many messages in the chat. Since users must become premium members to read these messages, this trick benefits the operator.

Let us know your MyIrishHookups.com experience in the comments as well.