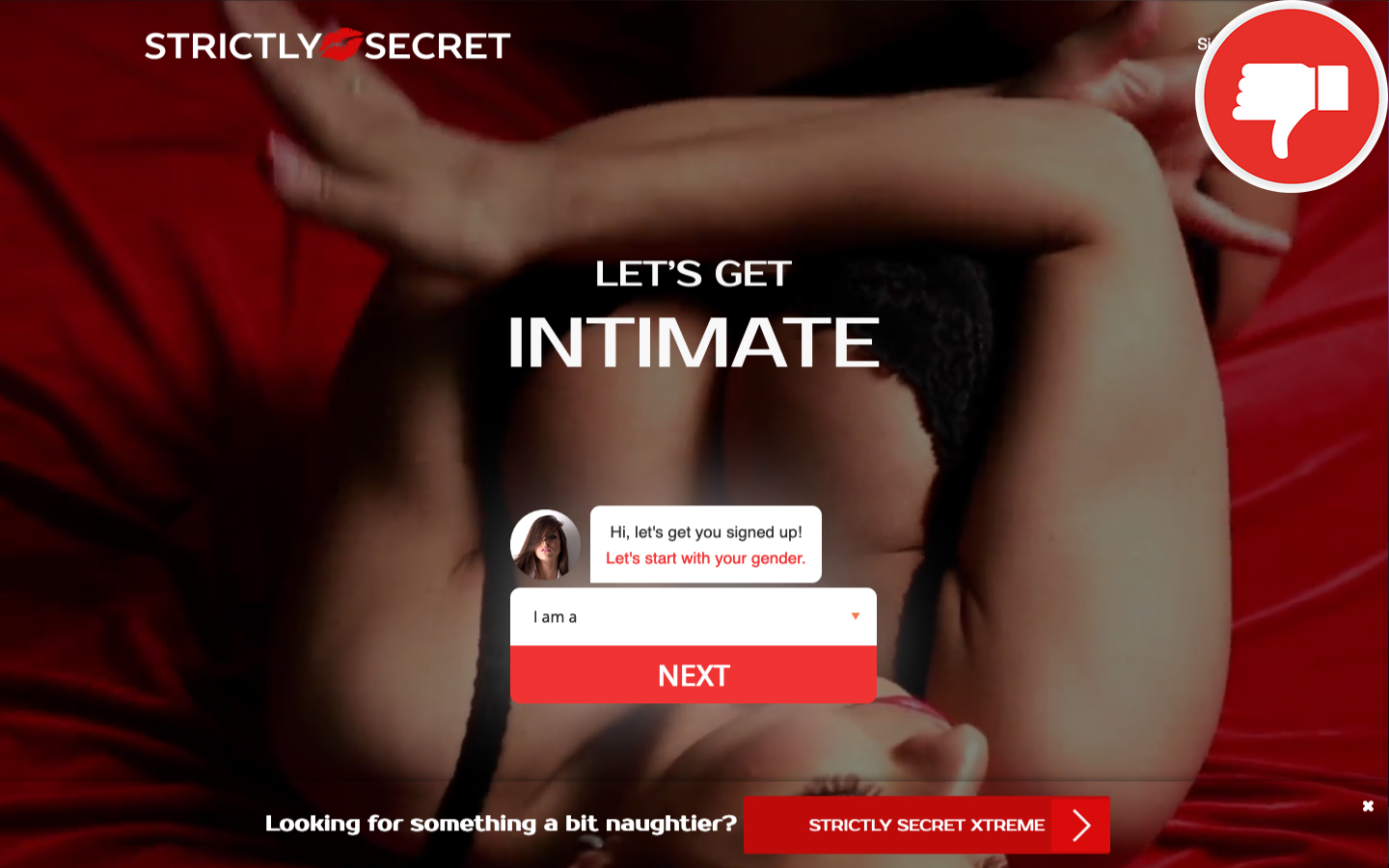 We found many reviews about the company who operator this site. Venntro Media Group Ltd is the operator of this portal. This company runs a network of more than 3,500 different dating sites. We must point out that this company gets a lot of criticism for lacking data protection. Also, we have had some experience with this operator already.

Scroll down to read the details of our StrictlySecret.co.uk review.

Details on the StrictlySecret.co.uk review

The online dating website StrictlySecret.co.uk advertises with free registration. But costs will occur for a premium-membership right after that. Misleading information on the landing page is bad. But it is not a scam. At least, not until now. We did some research and found many reports about a subscription rip-off. The premium-membership will extend automatically, which is a normal thing. But in this case, the portal and the operator are not reliable enough to enter such a contract. The operator of the site is Venntro Media Group Ltd who are based in Slough, United Kingdom.

An automatic renewal is nothing bad, usually. Some of the best portals use that as well. But the operator of this site is known for a huge dating network with more than 3.500 dating sites. Part of that network includes all categories. This is a casual dating site, but fetish and senior dating sites are part of it as well. One reason why the company gets many critics is because of the lack of data protection. If you register here, your profile will be shown on all sites of the network. We also found a hint about a fake chat.

The profiles appear to be a fake

First, the lack of data protection is reason enough to avoid this site. But it could be also the reason why we found so many reviews about a scam with a fake chat. A profile picture on a matchmaker looks different to one on a casual dating site. As matchmakers are part of the network, they might look like a cheap fake. But “entertainment” is also an often-used synonym for a fake chat. However, as you may have noticed, there are plenty of reasons to skip this site and all others on the network.

The conclusion from our StrictlySecret.co.uk review

StrictlySecret.co.uk appears to be a rip-off. We found reviews about a fake chat and a subscription trap. Proof is missing, but we found many hints that the accusations are true. Furthermore, the operator of the site is well-known for their huge dating network. The company has a terrible reputation, especially because of its leaking data protection.

Let us know your StrictlySecret.co.uk experience in the comments as well.