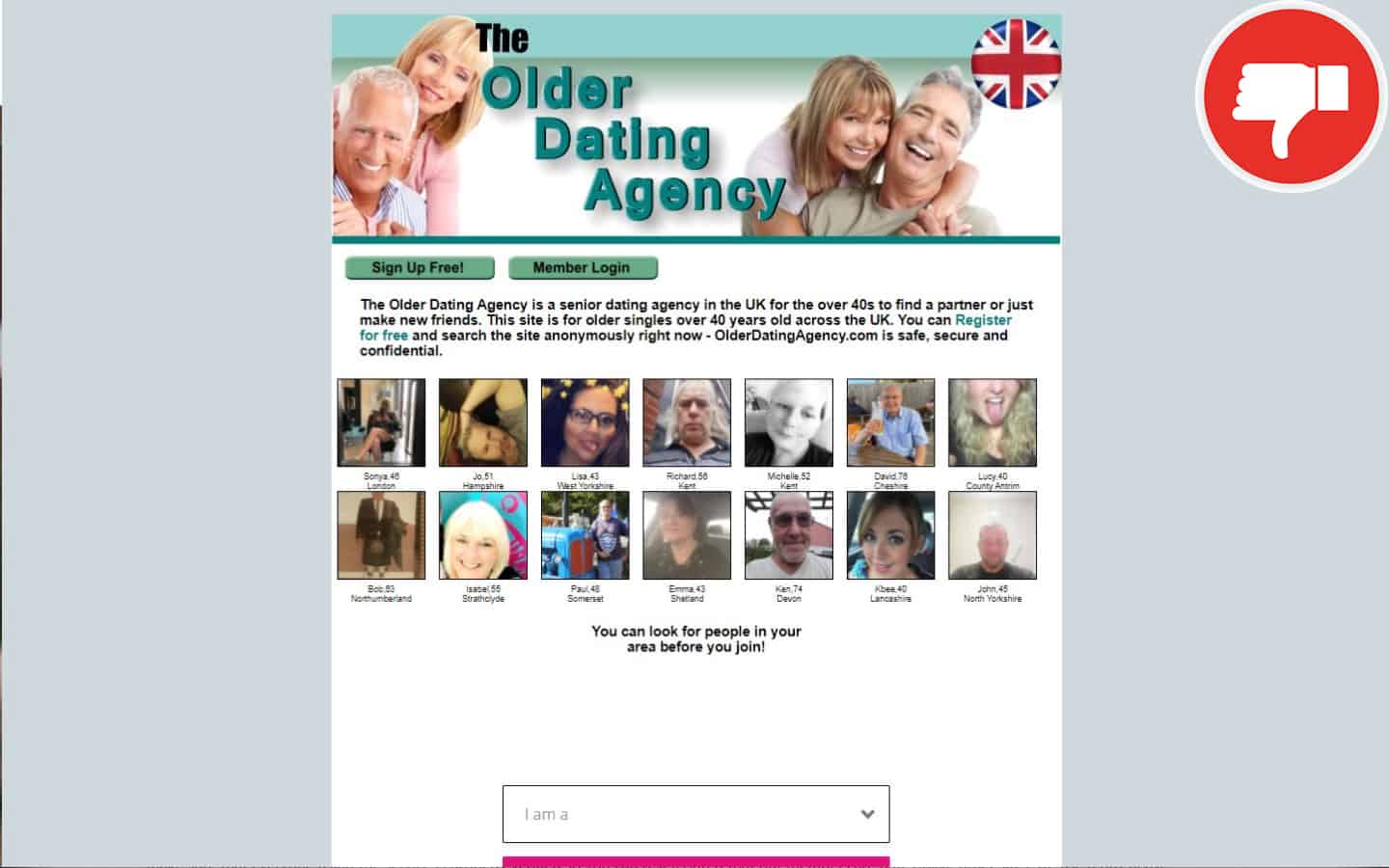 The online dating platform OlderDatingAgency.com gives a bad first impression. The landing page has a poor design and provides little useful information.  We did some research and found a high number of negative reviews about the operator, and we know they have a huge network of scam dating portals.

OlderDatingAgency.com is another platform of the Venntro Media Group Ltd. This company is well-known for its network of more than 3.000 dating platforms and its leaking data protection. Also, the subscription seems to be a trap, according to the experience of former customers. Added to that, we found some reviews about a fake chat.

Scroll down to read the details of our OlderDatingAgency.com review.

Details on the OlderDatingAgency.com review

There are some dating platforms which can be easily spotted as a poor service portal. OlderDatingAgency.com is one of those. But on top of that, this portal does not just have a poor design and service but it is a scam of a well-known operator. The company that runs this platform is well-known on the internet and also we had a lot of negative experiences with the operator.

The cost of the subscription seems to be an overcharge, as former customers also mention a fake chat scam. Further information shows that the member’s pool is filled with fake profiles that are displayed. Evidence is missing, but the operator does mention something in the terms and conditions that could be suggesting fake chat:

“The Site is an entertainment service.”

The operator receives a lot of criticism on the internet for the misleading information. In general, a dating portal is not made for entertainment, but it is a service to connect people. During our research we found some more reviews about the operator. The Venntro Media Group Ltd. is located in Slough, UK. This company runs a huge network of more than 3.000 dating websites and has leaking data protection. It shares personal profile information of one portal on every other website in the network.

The conclusion from our OlderDatingAgency.com review

OlderDatingAgency.com is part of the network of the Venntro Media Group Ltd. which is well-known for having more than 3.000 dating websites. We have reported a few times about some of the sites, which all seem to be a scam with a fake chat and a subscription trap. It is clear that personal information will be shared on more than 3.000 platforms because of leaking data protection.

Let us know your OlderDatingAgency.com experience in the comments as well.