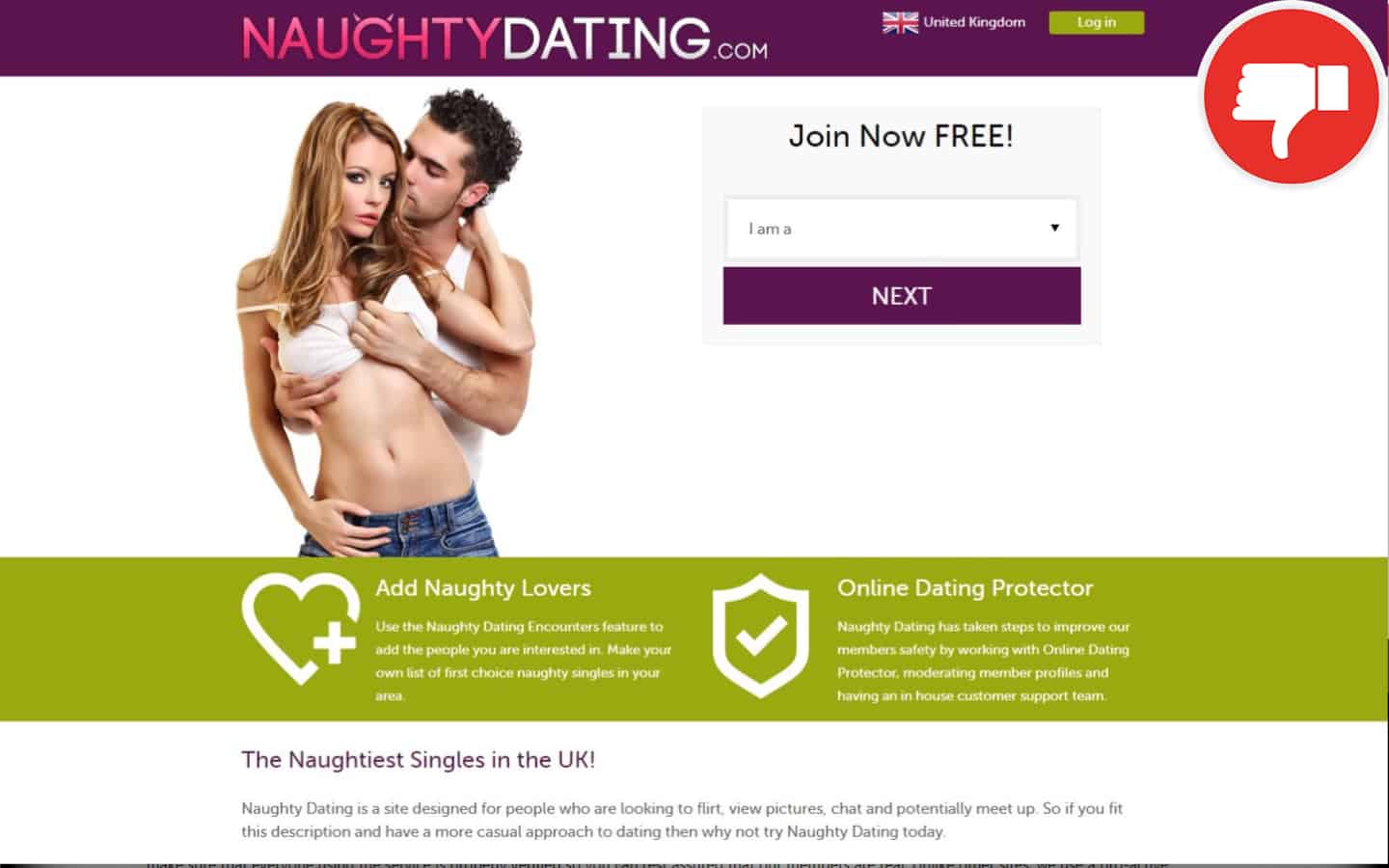 The online dating portal NaughtyDating.com advertises with a free registration and a promise of hot adventures. It seems like an open-minded dating website where you can find a match easily. But we found some reviews about the site and its operator that give a bad impression.

To begin with, the operator of this site is also the operator of more than 3.000 other dating portals. The Venntro Media Group Ltd. is a well-known operator and is mostly known for its leaking data protection issue. If you register here, your profile and all its information will be shown on every other site of the company. Former customers speak of a scam with a fake chat and a subscription trap. But the evidence for that is missing.

Scroll down to read the details of our NaughtyDating.com review.

Details on the NaughtyDating.com review

NaughtyDating.com has the appearance of a casual dating site. The website shows a young couple on the landing page that do naughty stuff. That gives us the impression that the users are young and open-minded but most important, that they are real members.

But, when we did some research about the site and its operator, we found some reviews about a rip off. The information on the internet about this website is filled with fake profiles that are operated by fake operators.

Those fake operators entice the user to get a paid subscription. That seems like a fair criticism but in the end, the evidence for the fake chat scam is missing.

The operator only mentions the following in the terms and conditions:

“The Site is an entertainment service.”

Besides the chance of getting caught in a fake chat, there is the possibility of a rip off with a subscription trap. Former customers speak about a trap as the subscription extends automatically. In the terms and conditions we read about the automatic renewal which does not necessarily have to be a scam. But in this case, we can only warn customers, as the operator is not trustworthy.

NaughtyDating.com is part of a network which is operated by the Venntro Media Group Ltd., located in Slough, UK. The operator shares personal user information on its network to increase the chances of a match. We assume that the operator does that to appear appealing to potential users. A big member’s pool often means also a better service. But in this case it means that your profile with be shown on more than 3.000 other sites of the network. It is mentioned on the homepage: “your profile will also appear to members of other sites on the shared network.”

The conclusion from our NaughtyDating.com review

The online dating platform NaughtyDating.com seems to be a scam with a fake chat and a subscription trap. But we cannot prove this because the evidence is missing. It is a certainty that the operator has got a bad reputation on the internet for a leaking data protection issue. The Venntro Media Group Ltd. runs a network of more than 3.000 sites and shares all personal user information in it.

Let us know your NaughtyDating.com experience in the comments as well.