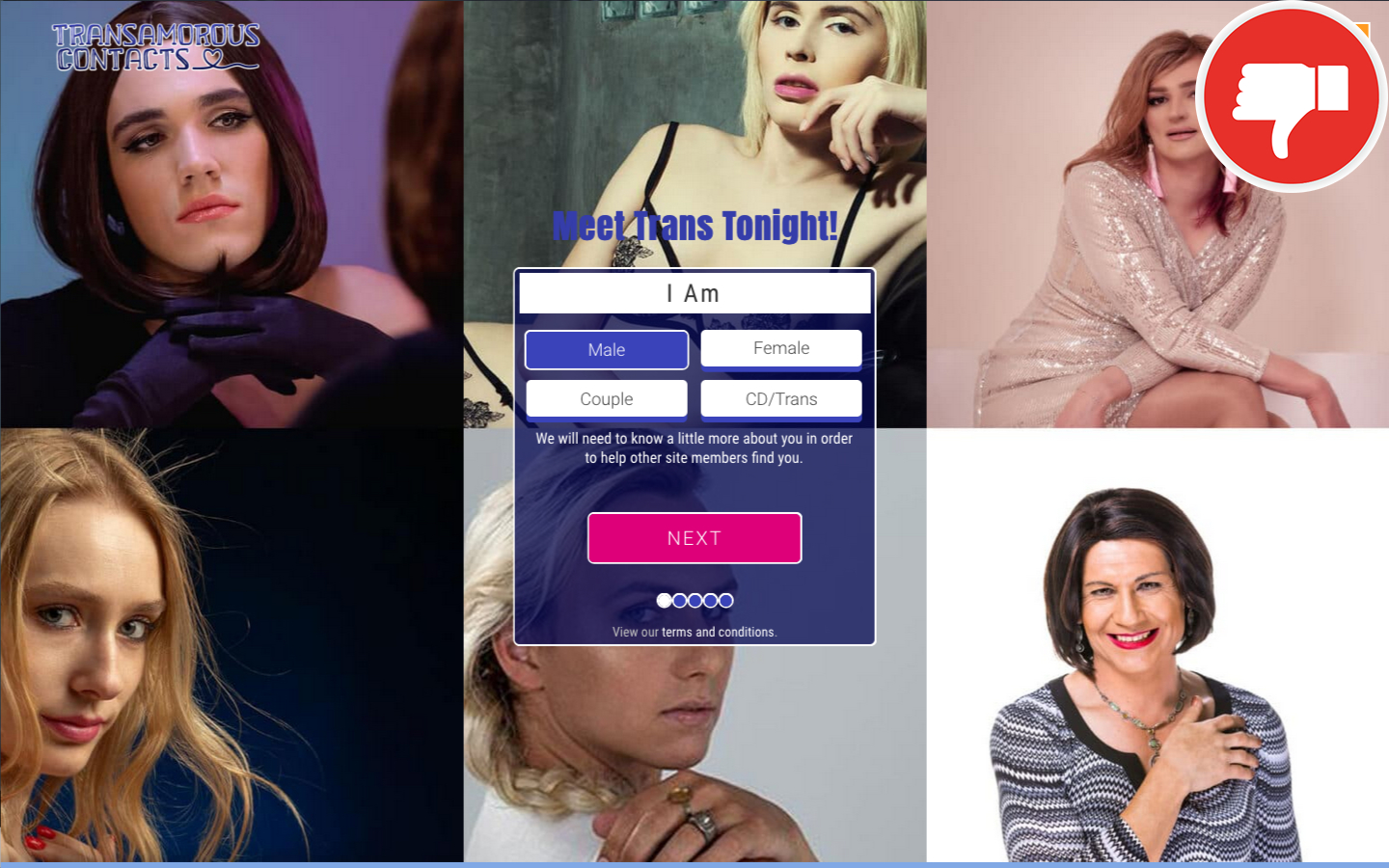 Right after signing up, there is not much you can do. As a non-paying member you are informed about received messages and uploaded photos, but you cannot see them. Only a paid VIP membership makes it possible to read and send messages. We create a blank test profile ourselves and receive several messages in just a short period of time. They are sent to us by fake chat operators who want us to upgrade our membership for money.

Scroll down to read the details of our TransAmorousContacts.com review.

Details on the TransAmorousContacts.com review

The VIP membership mentioned on the landing page is the only way to interact with the other members. Regular users get notified whenever they receive a message, but they cannot see what it says. This is part of the trick. If they receive many messages, the paid membership becomes more appealing. Fake chat operators make sure the users send several messages by flirting with them.

From time to time, the Company employees (or employees of its parent or affiliated companies) may create test dating profiles for the purpose of checking and testing the functionality of our Website and Service to improve the quality and user experience for its Users.

The operator admits to creating its own profiles that seemingly test the functionality of TransAmorousContacts.com. These “test dating profiles” are in fact fake profiles controlled by moderators. Users are supposed to pay a lot of money for a membership, even before being able to read the messages they received. The moderators appear to be real members. They send plenty of messages to the users who will then consider upgrading their membership.

A membership that does not seem to end

The operator of TransAmorousContacts.com has experience when it comes to fake chat scams. Cintilet Limited is a Dublin-based company that is responsible for various dating sites. By operating that many scam sites, the operator manages to scam people with many interests. Because of the lack of user reviews, we do not consider most of them to be that popular.

The conclusion from our TransAmorousContacts.com review

TransAmorousContacts.com presents itself as a dating site for those looking for transsexual singles. In fact, you never know who you are dealing with here. Many of the other members are in fact fake chat moderators that can hide their identity by using fictitious profiles. All of this is done to sell the VIP membership to users. This is the only way to chat with other members.

Let us know your TransAmorousContacts.com experience in the comments as well.