The result of our ShagFind.com review: Our test on ShagFind.com turned out to be an insufficient dating website. 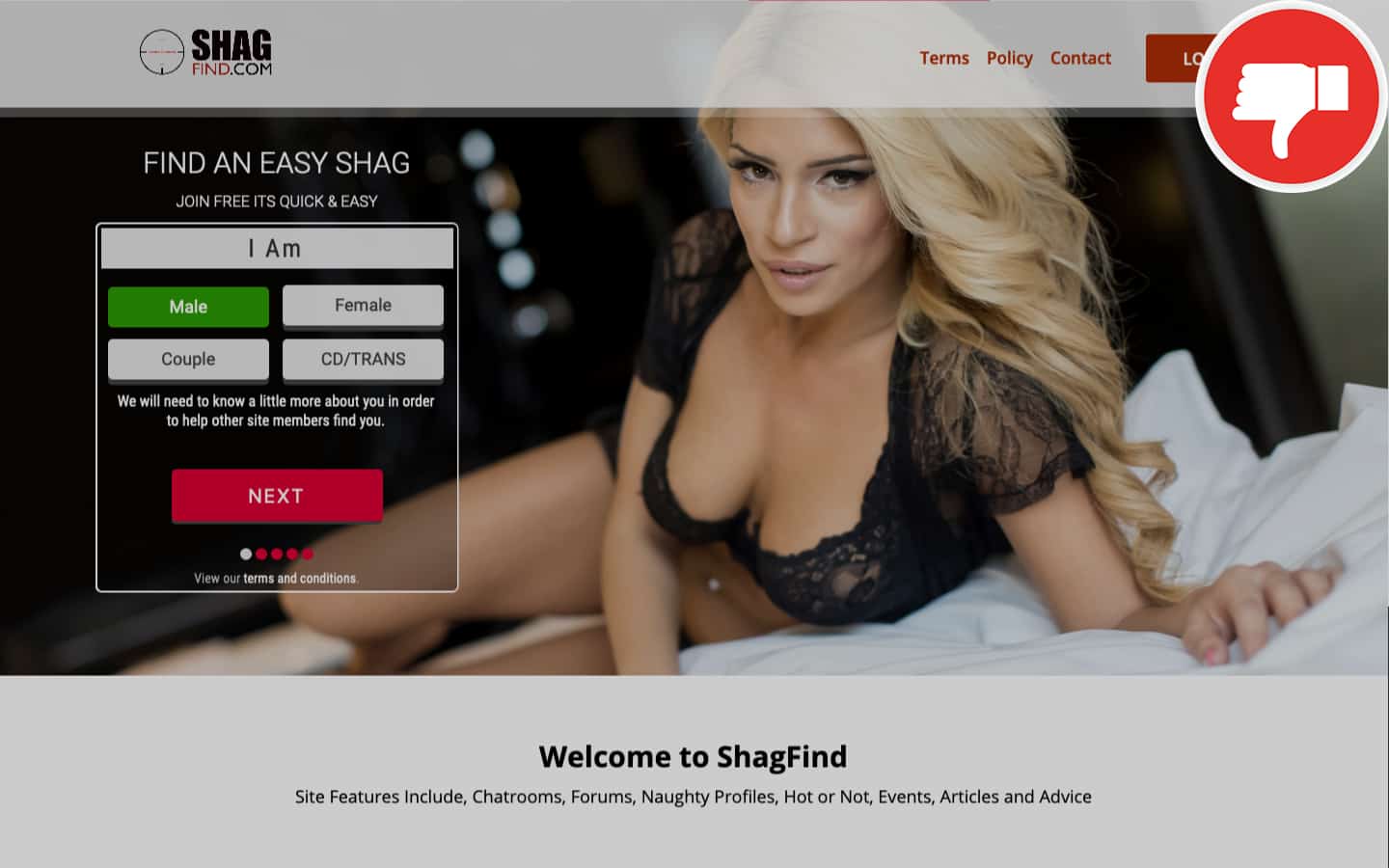 The dating website ShagFind.com advertises with a free registration and numerous female members. ShagFind.com does not however provide sufficient information on the pricing of the website upfront. After some research we were able to find out why. The website wants to gain many new members, and the necessary paid membership is a huge rip-off.

Those who refuse to pay any money on the website will not be granted access to its most essential features. Only a paid membership allows the user to hold conversations in the chat. A cheap trial membership quickly turns into a long-lasting premium-membership which comes at a high price. Some critics assume that the company uses fake chat operators to make the paid memberships more interesting. The website is operated by the Arnaze Online Limited which is based on the Isle of Man.

Scroll down to read the details of our ShagFind.com review.

Details on the ShagFind.com review

The promises that are made on the landing page of ShagFind.com sound appealing. According to the operator the user can expect a massive membership with a high number of naughty profiles. This will without a doubt entice many people to sign up and give it a go. After having registered successfully the user does indeed get in touch with many different members who show great interest. At this point it is still impossible to have a chit-chat with the woman of choice, as a paid membership is required to use the chat.

ShagFind.com is operated by the Arnaze Online Limited, a British company based on the Isle of Man. It seems a bit odd to us that the company is situated on the small island in the Irish Sea. In the past we have dealt with several other dating websites that belong to the same operator. They all generate a part of their revenue from a subscription rip-off, ShagFind.com is no different.

After the free registration, the user realizes that he must sign a contract to enable the usage of the website’s services.

Because most of the paid memberships are way too expensive, the cheaper trial membership seems to be the best solution. This is where we encounter the scam. The user often does not know that this trial membership will extend automatically. Furthermore, it transforms into a standard subscription for several months right after the trial membership expires. During our research we also found out that communicating with the operator, when it comes to terminating the contract, is a bit of a hassle to say the least.

Multiple negative user reviews confirm the scam and describe the ploy of the rip-off. It is worth mentioning that many users also suspect the usage of fake chat operators on the website. By sending a lot of charming messages these operators are be able to make the paid membership seem more attractive.

The conclusion from our ShagFind.com review

The offer which is made on ShagFind.com is quite tempting. Apparently, it takes nothing but a free registration to get to know attractive singles living in the vicinity. We doubt that all the website’s members are in fact real. Another drawback is the paid membership, which is the requirement for using the chat on ShagFind.com. The subscription extends automatically, and the user is urged to pay for several months.

Let us know your ShagFind.com experience in the comments as well.