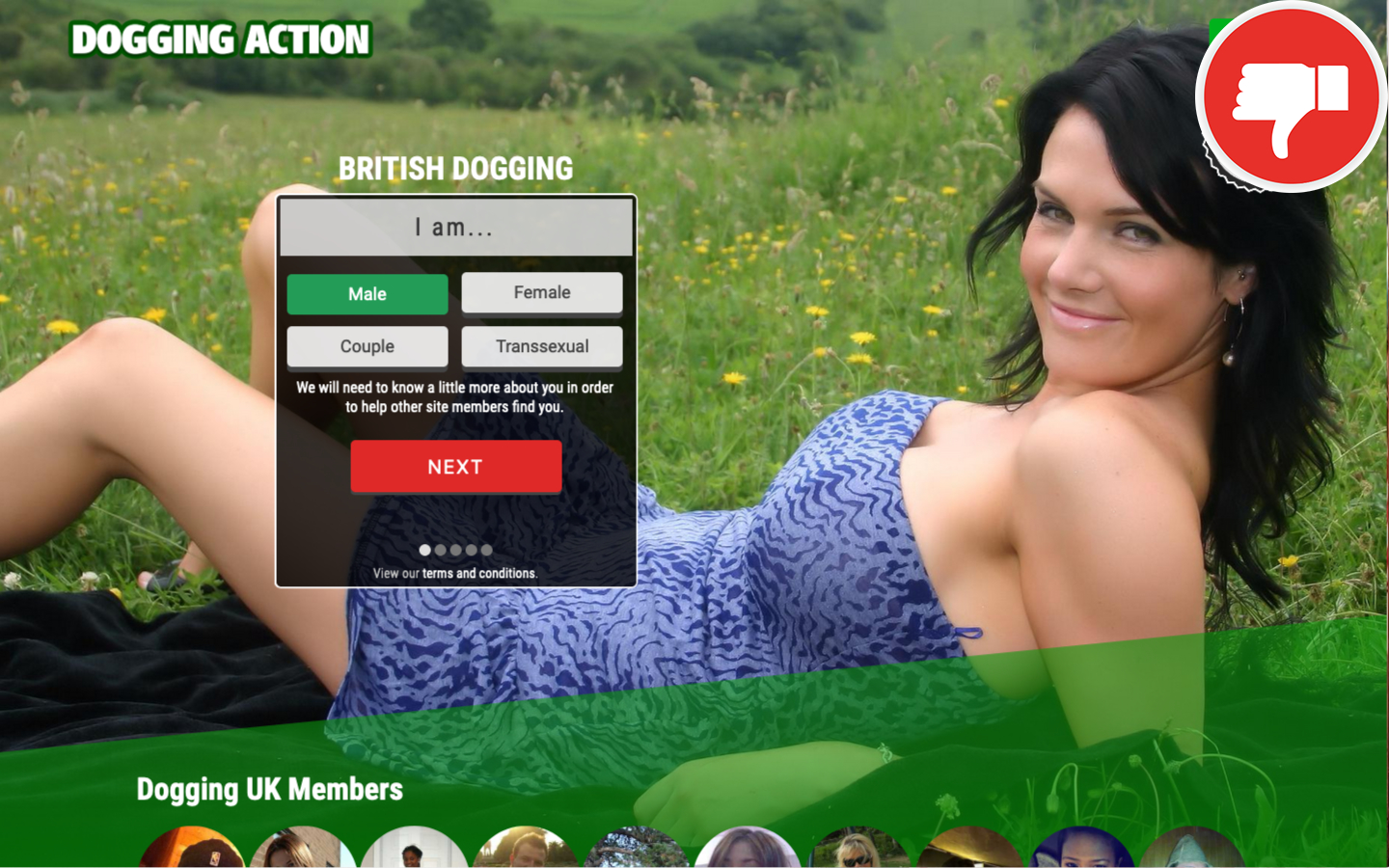 DoggingAction.co.uk seems to be a popular online dating site in the UK. On the landing page, we see many profile pictures plus a short description of how great this portal is. However, our research shows that it is not good at all. This portal is nothing more than an expensive entertainment service. Or, as we call it, a scam with a fake chat.

We found a lot of negative reviews on the internet. Former users had a bad experience with this site. They mention that the rates on the platform are not just high, but that the premium-membership is a trap. The trial membership also seems to be a trap. The operator of the portal is Ambiance Ltd, who are well-known on the internet.

Scroll down to read the details of our DoggingAction.co.uk review.

Details on the DoggingAction.co.uk review

DoggingAction.co.uk claims to be a great casual dating site. This website advertises with a solid offer. On the landing page, we read about free registration and we see some profile pictures. Of course, we assume that the profiles show actual members of the site. But that is not completely correct. We did some research and found reviews about a fake chat. According to that information, the profiles on the landing page are fake. Also, the profiles in the members´ pool seem to show fictional people with whom a date in real-life is impossible.

During our research, we found out that former users had bad experiences with this site. They describe this portal as a cheeky rip-off. The fake profiles are not just made up for advertising or to increase the number of members. It seems that the fictional profiles are controlled by fake chat operators. Those operators will get in touch with a new member. But they will not identify as a fictional person. A fake profile is not marked as such, either. In a nutshell, the user does not know about moderation, which makes it a scam.

The Website is an entertainment service and you agree to use the Website and Service at your own risk.

This site is part of a scam network

This site is for entertainment only. That means that dates are not part of the offer. This is a common way to disguise a fake chat and not call it by its name. The operator of the site is Ambiance Ltd, who are based in Cospicua, Malta. We know this company already. They run a large scam network. The goal of moderation is to stimulate users to make a purchase. The premium-membership is quite expensive. But a cheap trial membership will be offered which is a trap, according to reviews on the internet.

The conclusion from our DoggingAction.co.uk review

The online dating portal DoggingAction.co.uk is a subscription rip-off. The cheap trial membership is the actual trap. It can not be terminated in time and will extend automatically. Additionally, we found many hints that this site is a fake chat as well. It is only an online entertainment service. So, it is not possible to meet real people here.

Let us know your DoggingAction.co.uk experience in the comments as well.