The result of our Climaxx.net review: Our test on Climaxx.net turned out to be an insufficient dating website. 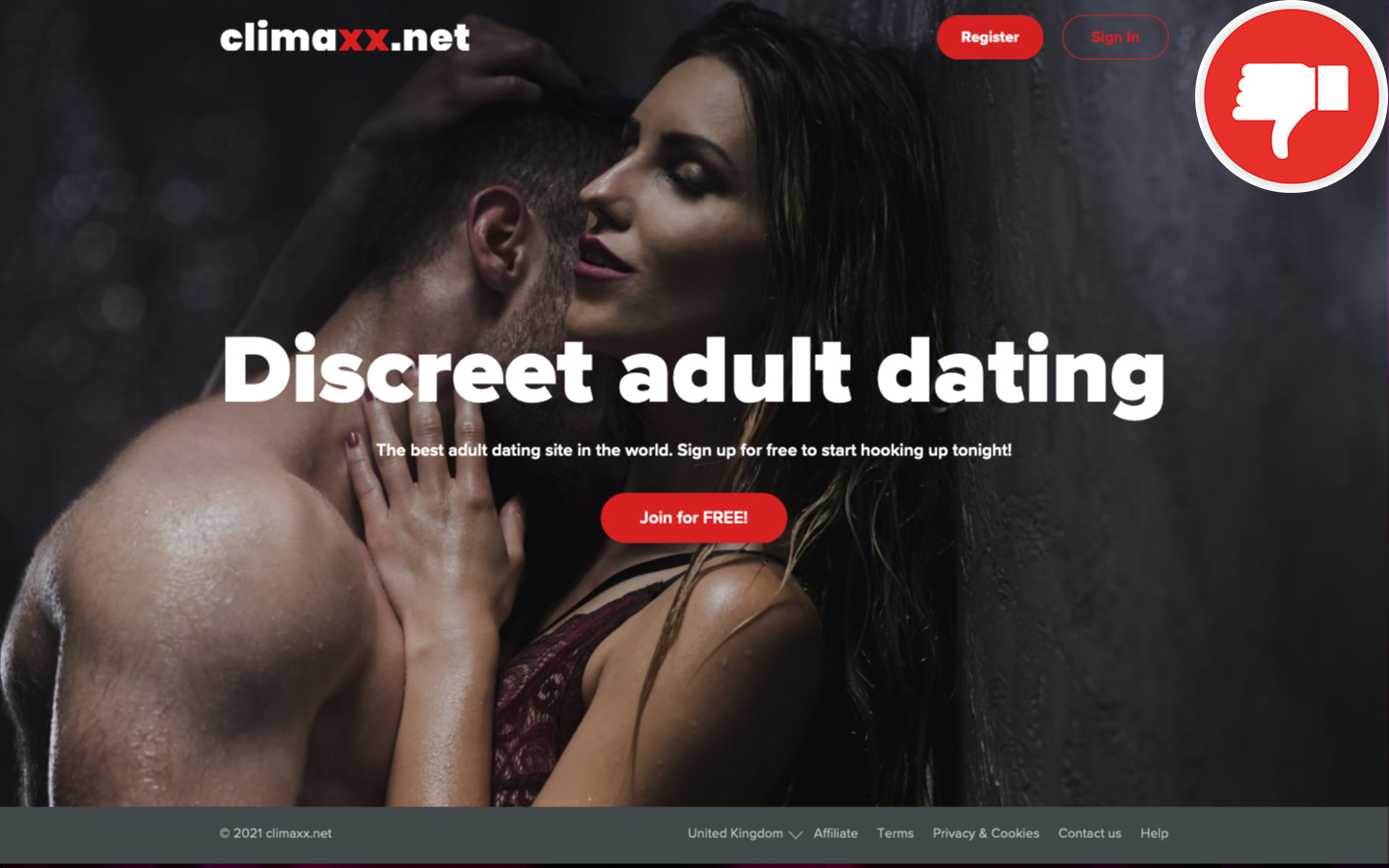 Climaxx.net appears to be a good online dating portal. At least, until we started our research. After just a few minutes, we found reviews about a scam with a fake chat. According to the information on the internet, all profiles in the members´ pool are fake and show fictional profiles.

Fake chat operators control the fake profiles to stimulate new users into a chat. A user does not know about moderation and pays to chat with a fake chat operator. This is a common trick used by NUMBER65 Ltd who are well known for that. The operator runs many more websites. This is one of many, and all their portals are fake chat.

Scroll down to read the details of our Climaxx.net review.

Details on the Climaxx.net review

The online dating portal Climaxx.net advertises with a good offer and has a solid appearance. But that is all made up. The few details on the landing page are misleading and irritating. The registration is free, but after that costs will occur for the use of the site. A user will need “coins” to send messages. However, misleading advertising is not a scam. But there is more. This website is a fake chat, which means that there are no actual members in the members´ pool. Here, you will only find fake profiles.

The fake profiles show fictional people with whom a date in real-life is impossible. Fake chat operators control the fake profiles to stimulate new users into a conversation. Of course, this conversation is senseless, as a date will never happen. Also, a fake operator will not identify as a fictional person. A fake profile is also not marked as such. In the end, the customer does not know about moderation, which makes it a rip-off with a fake chat. That is our impression. Plus, that is what the reviews on the internet claim as well.

The website uses support staff to monitor and moderate the chat system, leading to chat dialogues and conversations with the users.

Only fake profiles in the members´ pool

The conclusion from our Climaxx.net review

Climaxx.net is a rip-off with a fake chat. We know this trick very well as we have had some experience with the operator already. It is the same cheeky scam on all sites. Fake chat operators control fictional profiles and stimulate new users into a chat. Costs will occur for the use of the site. Of course, the user does not know about moderated fake profiles.

Let us know your Climaxx.net experience in the comments as well.